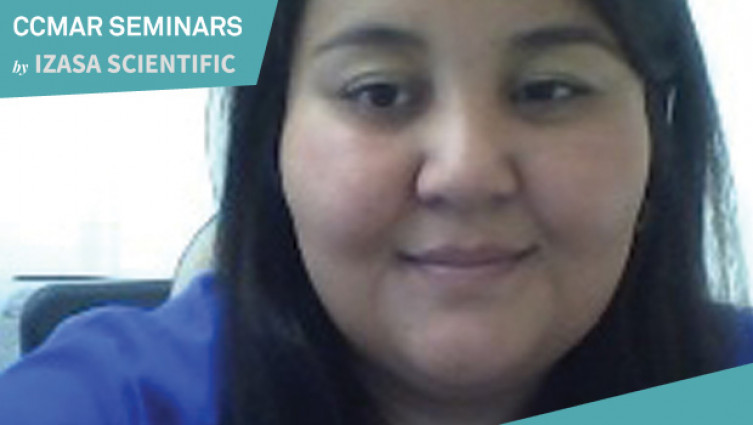 The arapaima, pirarucu or paiche (Arapaima gigas) is a carnivorous fish from Amazon, reaching size of 3 meters in length and weight up to 200 kg with fast growth (around 10 kg per year). The arapaima’s reproduction occurs naturally (there is no protocol for hormonal induction), and arapaima fingerlings/juveniles are obtained by collections from natural lakes or in fish farming pounds. Nowadays, there are no established technique to rearing arapaima larvae, feeding protocols and specific microdiets, resulting in high mortality rates during the early stages. The GIGAS Project, developed by INPA research team, has emphasized to investigate the digestive functions, nutritional requirements and feeding strategies during arapaima's early stages. Our first studies showed that the gastrointestinal tract of arapaima larvae is well developed from the first day of collection in breeding ponds. We suggest a weaning protocol that have already achieved a survival rate around 70%. For the next activities, we intend to formulate specific diets for arapaima that will provide larger and more resistant juveniles, affecting positively the arapaima farming in the Amazon.

From my undergraduate to postdoctoral, I dedicated my research to study the nutrition of freshwater fish. Most of my training took place at the University of São Paulo, in cities with temperate climate and well defined seasons. So, I have studied species resistant to Brazilian cold areas, such as tilapia and pacu (Piaractus mesopotamicus). As Brazil is a country with continental extensions, there are huge differences among its regions, and I have always had an interest in get to know the aquaculture in the North region. In 2013, I began working as a researcher at the Brazilian National Institute for Research in the Amazon, in Manaus, the capital city of Amazonas state. Since then, I have been working especially with arapaima (Arapaima gigas), one of the largest freshwater fish in the world. Despite the great potential for aquaculture production that the arapaima presents, there are few studies on its rearing in captivity, and its larviculture is one of the greatest challenges for the arapaima farming development. Since 2015, we are working in partnership with the Portuguese researchers from Sparos and CCMAR in order to boost the research with arapaima larviculture, in the so-called GIGAS project, which is financially supported by CAPES (Coordination for the Improvement of Higher Education Personnel) and FAPEAM (Amazonas State Research Foundation).