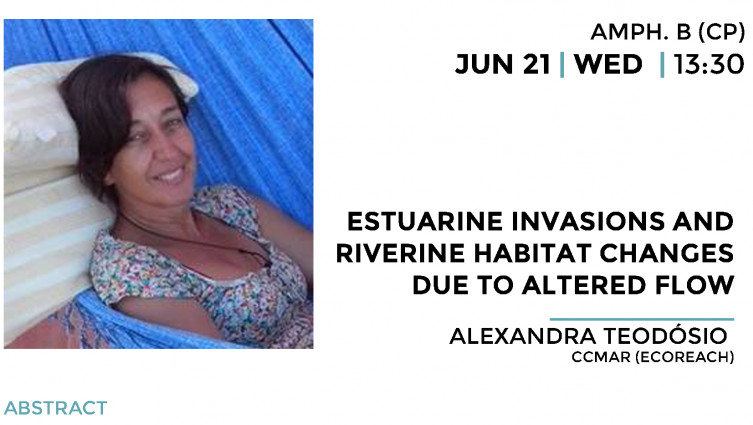 Maria Alexandra Teodósio is a Professor in UALG and a Researcher in CCMAR, studying feeding ecology, from jellies to marine turtles, and the effects of global changes on marine ecosystems, namely freshwater discharges, gelatinous blooms, non-indigenous species and ocean acidification. She is one of the coordinators of Ecoreach research group of CCMAR: Ecology and Restoration of Riverine, Estuarine and Coastal Habitats, she is also a permanent member of the FWO, Flemish Research Foundation (Biodiversity and ecology committee) and an Associate Editor of the journal Estuarine and Coastal Shelf Science.