The EMSO-PT project - European Multidisciplinary Seafloor and water column Observatory - is part of the European Research Infrastructure Consortium EMSO-ERIC and is integrated in the National Research Infrastructures Roadmap. The participation of CCMAR in EMSO-PT aims to establish a permanent ocean observatory on the continental platform SW of Cape St. Vincent, about 200 m deep. This observatory is part of the "Iberian Margin node", one of the 8 observatories and 3 test sites that are part of EMSO-ERIC. 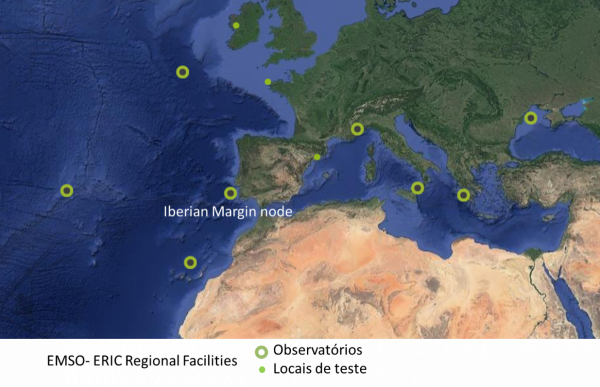 The equipment installed in the observatory is the responsibility of CCMAR and is composed of two autonomous systems: a water column profiler capable of travelling along a vertical wire that monitors the temperature, salinity, turbidity and dissolved oxygen every 30 min, and an Acoustic Doppler Current Profiler (ADCP) placed on a subsurface buoy at 150 m depth that measures the speed and direction of ocean currents. Before being installed, the equipment was successfully tested two times, along the coast of Olhão and in Sesimbra, on IPMA research vessel NI Diplodus. In June 2021, the first component of the Cadiz Station of the EMSO-PT project was installed at 10 nautical miles south of Sagres, at the 200 meters bathymetric. 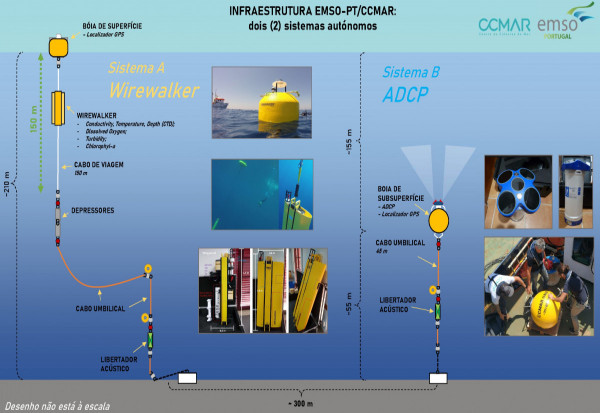 Figure 2 – Schematic of the physical structure under the responsibility of CCMAR to be installed in Sagres. Wirewalker ocean profiler and Acoustic Doppler Current Profiler (ADCP) placed on a subsurface buoy.

This equipment is the first of its kind deployed at a fixed location in the Portuguese Coast, where for the first time several oceanographic parameters will be continuously monitored along the water column, over the continental platform. The database will allow the evaluation of short and long period variability of the characteristics of the coastal ocean and relate them to the causes, which may be local or remote anthropogenic actions, as well as natural variations or due to climate change.

The installation of this structure allows one of the most sensitive regions of the coastal ocean to be monitored. It is in this region where the waters of the west coast of the Iberian Peninsula that flow southward meet the waters of the southern coast of the Algarve and where oceanographic structures with a major impact on the functioning of the ecosystem are developed. It is also the region with the highest concentration of maritime traffic in Portugal, especially oil tankers.