The toxic effects of microalgae on humans 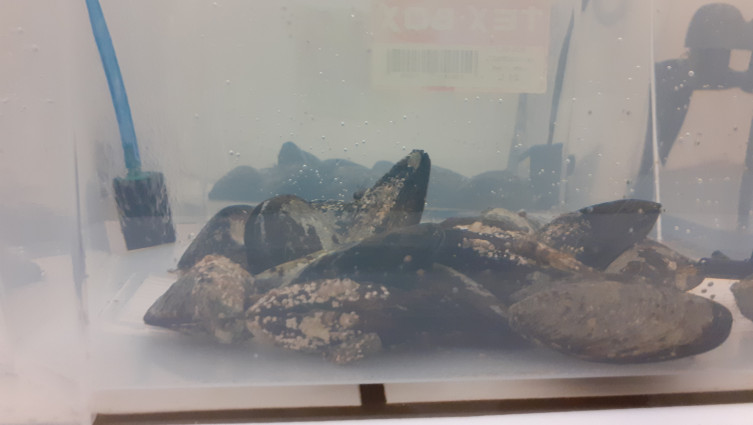 Did you know that there is a species of toxic microalgae that can be poisonous to humans and that live along the Portuguese coast? The responsible is Gymnodinium catenatum, a species of microalgae that produces paralyzing toxins that can even cause human death in cases of ingestion of high concentrations of toxins.

In this study, our researchers Joana Leal and Maria de Lurdes Cristiano, in collaboration with Greencolab and MARE, analysed the toxicological profile of two genetic variants of these microalgae and their effects on bivalves. The next step is to find a solution that can inactivate these toxic effects on bivalves during their purification process.

What did researchers discover by analyzing the toxicological profile of the microalgae Gymnodinium catenatum?
In the ocean, several marine toxins are harmful to human health that we can consume through shellfish. Therefore, it is necessary to study what affects the food quality and safety of seafood.

In this study, the researchers decided to analyze the toxicological profile of the microalgae species Gymnodinium catenatum. During their research, they discovered that these microalgae produce paralytic toxins that affect marine animals such as clams and mussels (bivalves). In addition, it allows researchers to know which molecules (toxins) are present in the microalgae as well as their relative amounts. This information about the chemical structure of the toxins is essential for optimizing safe chemical systems capable of removing biotoxins from live bivalves or reducing their content to values below legal limits.

This discovery is very important since these toxins are the main reason for the recurrent bans on shellfish harvesting that result in huge economic losses.

The experiments to remove toxins from bivalves in vivo are ongoing and have the collaboration of the Cooperativa de Viveiristas da Ria Formosa, a centre for the purification and expedition of bivalves.

The next steps
The solution to this problem will represent huge socio-economic gains. The possibility of accelerating the removal of biotoxins from live bivalves could lead to a reduction in the number of days on which shellfish harvesting is prohibited, thus reducing economic losses for stakeholders in the fisheries and aquaculture sector.
Consequently, this solution will also contribute to a greater availability of healthy animal protein-based food, reducing hunger.