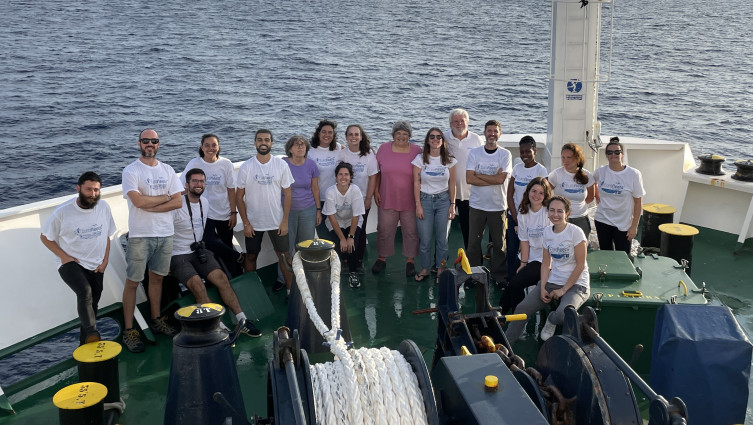 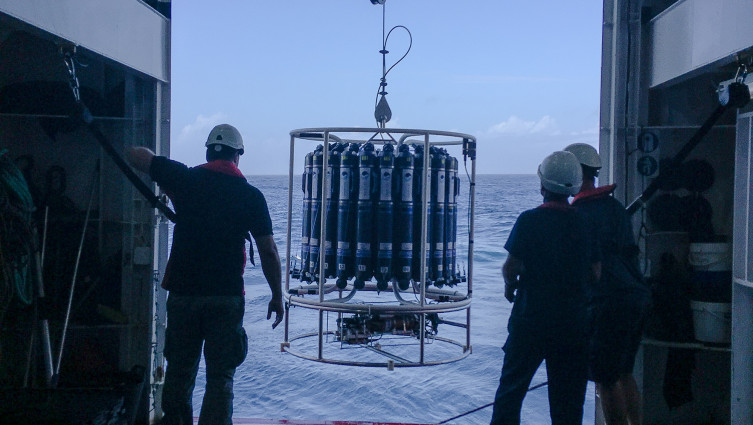 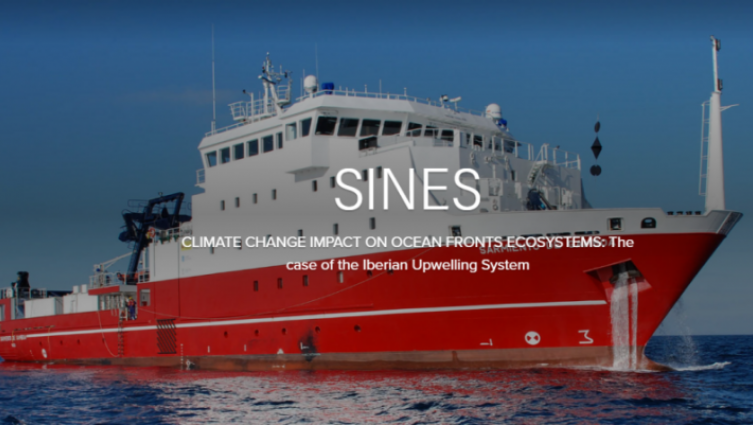 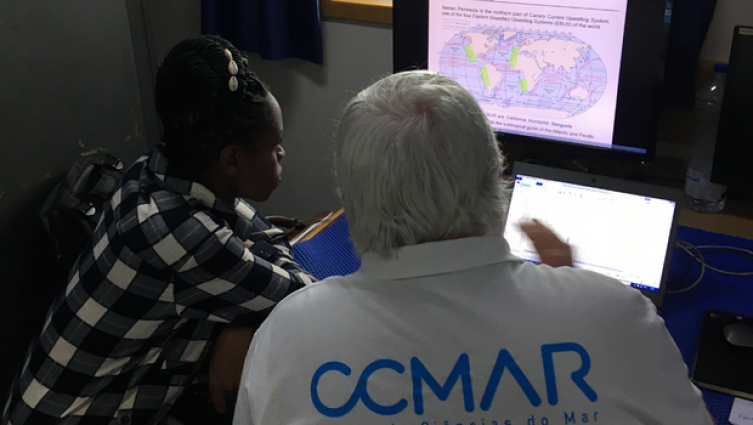 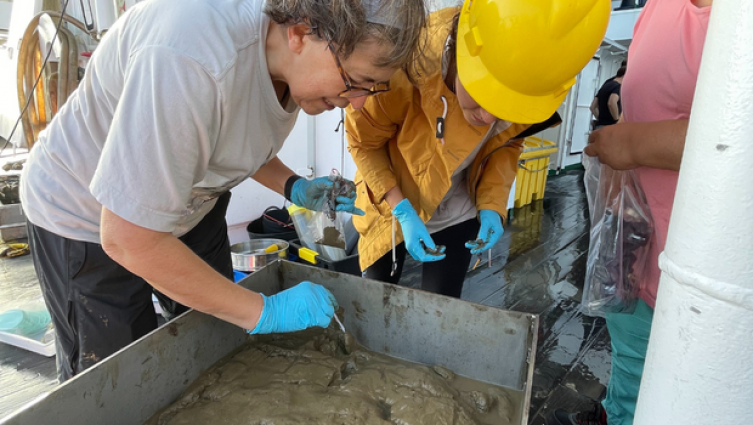 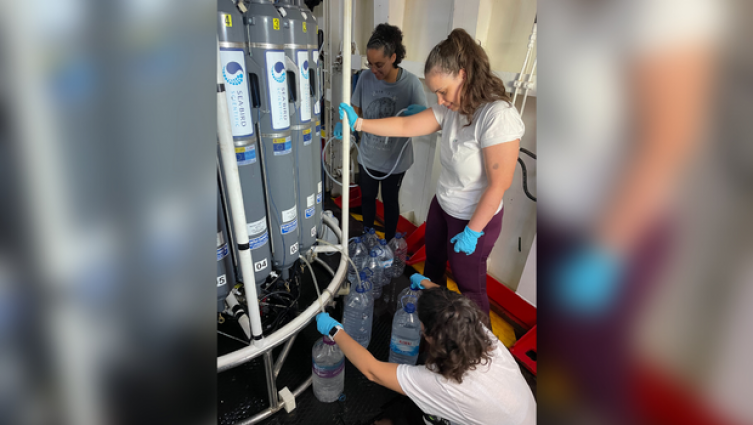 Between 11 and 20 September the Eurofleets+ SINES Expedition - led by CCMAR and the Portuguese Institute for the Sea and Atmosphere (IPMA) - brought together an international team of researchers on board the oceanographic ship Sarmiento de Gamboa, with the goal of identifying the impact of climate change on the marine ecosystem and its biodiversity.

For ten days, the 18 researchers of six nationalities used the scientific equipment and laboratories on the research vessel to collect, process, store and analyse seawater, plankton and marine sediments samples.

Over the more than 1000 nautical miles covered, the samples obtained from 100 to 5000 metres depth were collected and analysed. Oceanographic data were also obtained using an autonomous underwater vehicle (AUV).
The seawater samples collected during this campaign will allow researchers to characterise their physical and chemical properties (through the measurement of 20 different parameters) and characterise the plankton community in the water column. In addition, sediment samples collected from the seabed will provide important information that will allow the study of past climate change.

According to the researchers who led the campaign, despite the challenges faced, the objectives of the Eurofleets+ SINES expedition were achieved. The use of several methodologies and different types of oceanographic data allowed "multidisciplinary high-level scientific research" to be carried out throughout the campaign. The preliminary results obtained during the expedition are promising and will be presented once the detailed study of the samples and data collected is finished.

The main goal of the project is to study the impact of climate change on the oceanographic phenomenon called coastal upwelling - a process in which deep, cold and generally nutrient-rich waters rise to the surface. Along the west coast of the Iberian Peninsula, this phenomenon occurs during spring and summer and increases the biological productivity of the region.

The detailed study of the samples obtained during this scientific expedition will thus allow the identification of changes and risks - for the functioning of the marine ecosystem and its biodiversity - resulting from the potential impact of climate change in places where there is coastal upwelling and to understand whether in the future there will be more or less fish in the nets of fishermen and on Portuguese plates.

The work carried out by the scientific team on board the research vessel Sarmiento de Gamboa was also accompanied by a Biology and Geology teacher who had the opportunity to see first-hand how research works on board an oceanographic vessel and transmitted all this information to students and teachers from schools all over the country.