Researchers call for the study and protection of the marine microbiome 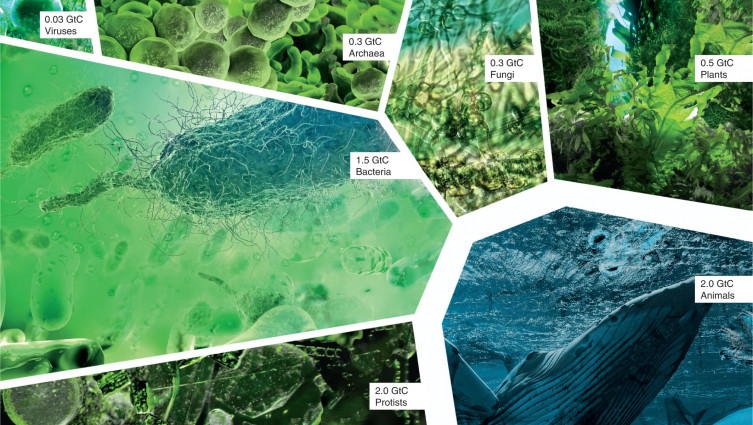 A study recently published in the journal Nature Microbiology highlights priorities for understanding and protecting the ocean microbiome, such as sustainable ocean observations, the promotion of ocean and microbial literacy, the development of research infrastructures, and dedicated funding programmes.

The paper, signed by over 50 scientists including Deborah Power from the Algarve Centre of Marine Sciences (CCMAR) and the University of Algarve, sets out the immediate challenges facing this effort and calls on researchers, policymakers, educators, funders, entrepreneurs, citizen scientists and the general public to all contribute to this momentous challenge.

The CCMAR researcher and EMBRC member is pleased to see that oceans are "on the agenda" and that the UN and other organisations have "raised global awareness" about the "importance" of oceans to the planet".

"It is remarkable that although everyone is familiar with marine macroorganisms such as whales, fish, crustaceans and molluscs up to 2/3 of the biomass of the oceans, corresponds to an extraordinary diversity of microorganisms that are not visible to the naked eye.
These microorganisms are the 'engine' of the oceans that affect climate, productivity, biodiversity and can drive the blue economy, but less than 1% are known or studied," points out the researcher.

Deborah Power also highlights the fact that CCMAR scientists are "giving their voice" to a call from researchers and organisations for "more research into the marine microbiome", as recently published in Nature Microbiology.

Understanding the marine microbiome - the group of microscopic organisms such as bacteria, viruses, and other living things - is one of the most exciting areas of research today and many questions remain unanswered by science.

As teams of researchers around the world continue to uncover its greatest secrets, this paper aims to focus our collective efforts and strive for the tools and means necessary to tackle one of the most important issues in marine biology today.

The microbiome of the ocean is a largely unknown universe of microscopic organisms forging intricate relationships and performing roles that benefit the wider ocean and planet. They are nutrient providers, cloud formers, waste removers, water purifiers, chemical engineers, and architects of the ocean food web. They produce as much oxygen and absorb more carbon dioxide than all the world's forests.

Researchers from Tara Oceans, the Tara Ocean Foundation, the European Molecular Biology Laboratory (EMBL) and the European Marine Biological Resource Centre (EMBRC-ERIC) have worked together to set key priorities for tackling the challenge of understanding the marine microbiome, how it functions, how it responds to climate change, and crucially how this will impact the vital services that we depend upon from the oceans.
Current threats such as global warming, sea ice melting, ocean acidification, degraded coastlines, overfishing and pollution by plastics or contaminants can alter the marine microbiome and undermine its productivity, the amount of oxygen they produce and the amounts of carbon they transport to the deep ocean.