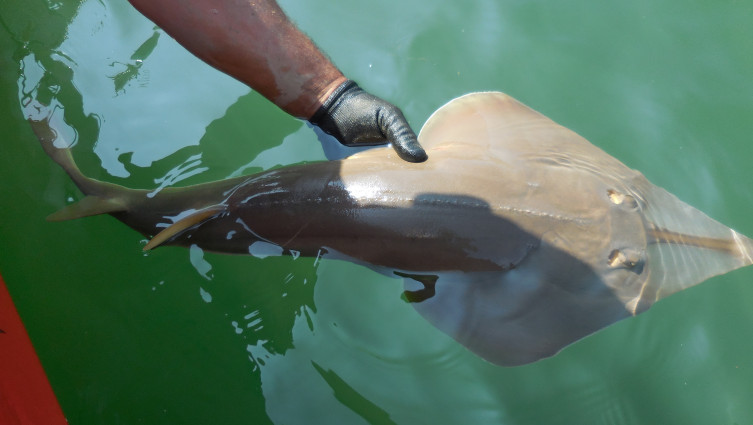 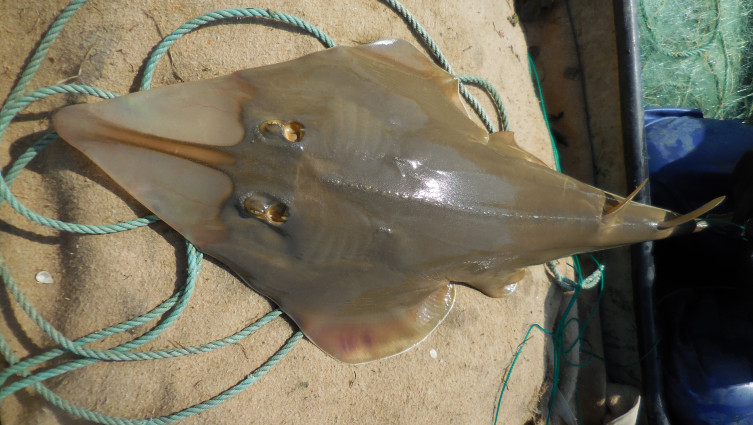 A guitarfish (Glaucostegus cemiculus) was recently captured and release alive in Ria Formosa! This is a very rare occurrence, because it’s considered a threatened species by the International Union for the Conservation of Nature and has already disappeared from many regions, where before its presence was common.

The capture happened when a fisherman, Mr. Rodrigo, based in Faro dock, collected his fishing nets.

The guitarfish was collected by Tiago Gomes of the Center of Ciência Viva from Faro, who takes some photographs and returned it immediately to the nature. From the photographs, our researchers were able to identify this specie, concluding that it belongs to the family of rays and sharks. As it has low reproductive capacity, it’s particularly sensitive to excessive exploitation.

This was an important event and it’s noteworthy that in case of capture, this specie should be release unharmed in the area where it was caught.