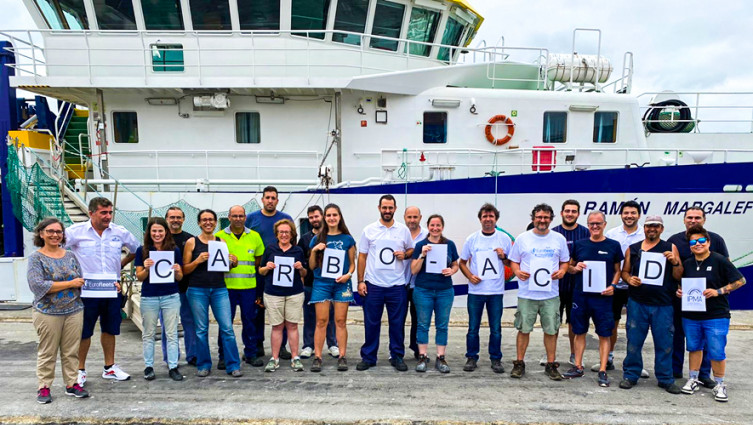 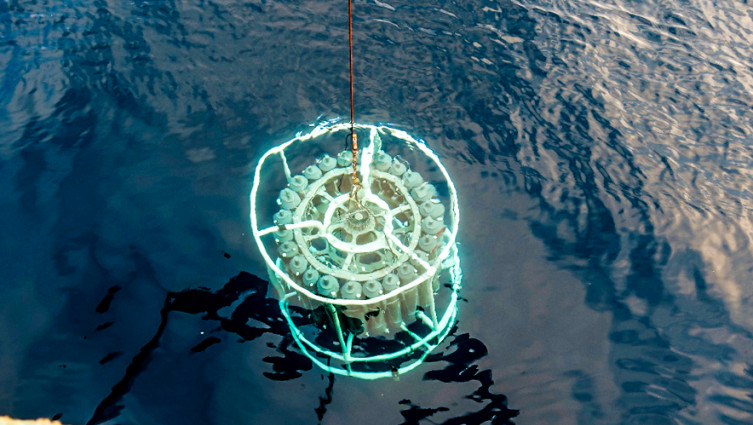 Recovery of the Rosette with CTD to measure physical parameters of the water column and to recover seawater at different depth levels. 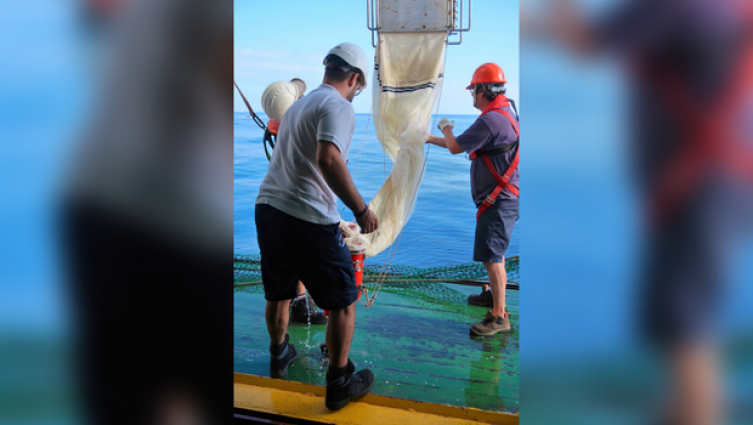 Recovery of the plankton net after a vertical troll along the 700 m of the water column depth. 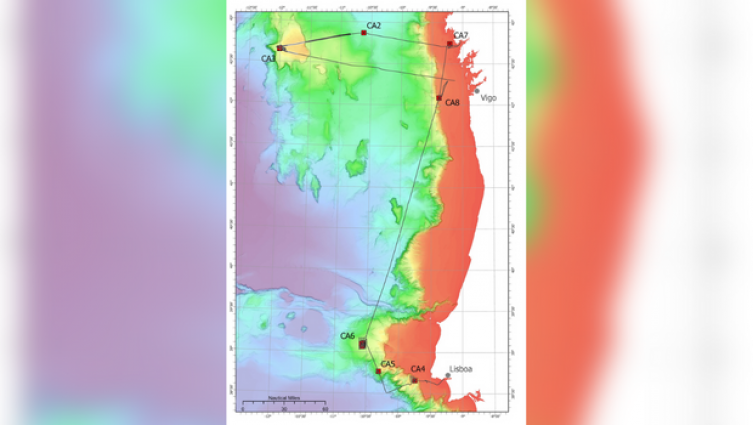 The research cruise CARBO-ACID was carried out between the 2nd and 11th of August onboard the RV Ramón Margalef. This scientific campaign will allow the investigation of the potential effects of ocean acidification on carbonated marine organisms (coccolithophores, pteropods, planktonic and benthic foraminifera, and corals) along the Iberian margin.

Oceanographic data and water, plankton, cold-water corals, and sediment samples were collected during an upwelling season along two transects coinciding with the two persistent upwelling filaments off the Iberia Margin: The Cape Finisterra and Estremadura Spur filaments.

This study will focus on seawater pH trends in this seasonal coastal upwelling region from the pre-industrial Era to the Present. These new results will enable the comparison of changes that occurred at different timescales and under different forcings (natural vs. anthropogenic), and to estimate the amplitude of future changes in the ocean in terms of CO2 biogeochemistry and biota response.

During the cruise, 7 stations were sampled at two transects, one off the Cape Finisterra and the other at the Estremadura Spur. At each station a multibeam survey, a CTD and Rosette were performed. These samples allowed us to identify the different water masses present in this area, characterize their physical properties and recover seawater samples at specific depth levels. Many samples (for different analysis) were already filtered onboard: DNA, chlorophyll, phytoplankton, coccolithophores, pH, alkalinity, and oxygen and carbon stable isotopic composition.

Fourteen plankton vertical tows were done with a Multinet equipped with 5 nets from 700 m to the surface water column to obtain the representativeness of the planktonic communities at the different water depths.

Also, ten sediment samples were recovered with a box corer in order to study the past oceanographic conditions using several paleoceanography and sedimentology proxies. The DNA, enzymes and benthic foraminifera were subsampled onboard. Finally, fifteen Shipek grab samples were additionally collected at the Fontanelas seamount (Estremadura Spur) to characterize the sedimentary cover and to evaluate the presence of cold-water corals.

This campaign (SEA02_10_Carbo_Acid) was funded by the EUROFLEETS +, an EU project funded through the HORIZON 2020 Research and Innovation Programme, that provides European research vessels available for scientific research.