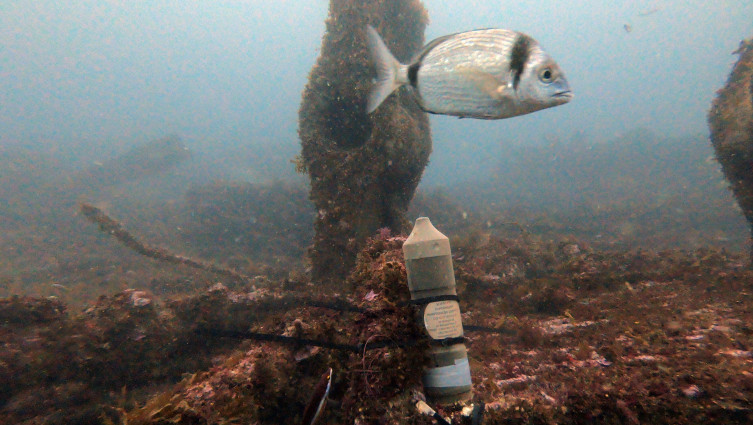 A group of 25 telemetry experts from across Europe is meeting this week in Olhão, Portugal, to implement the European Tracking Network. This network brings together researchers, resources and infrastructures to increase crucial knowledge on the movements of aquatic animals at large spatial scales – from European rivers and seas to the Atlantic Ocean.

Studying the movement of aquatic animals is key to understand their behavior and the threats they face. Using electronic tags, researchers can follow the movement of these animals, allowing them to identify the habitats critical for a species survival. However, the data collection on the large migrations of iconic and threatened species crossing international borders, such as tunas, sharks and eels, is hampered by the lack of a large-scale monitoring network.

The European Tracking Network will allow to overcome these difficulties by fostering information sharing, maximizing resources and by boosting future projects. David Abecasis, researcher at the Centre for Marine Sciences at the University of Algarve (CCMAR/Ualg) and co-organizer of the meeting, notes that "with this network, if the fish I tag in Portuguese waters migrate to other places in Europe, I will be alerted by other researchers of this network that detect them, which allows me to boost my results at a lower cost and effort. And vice versa".

The European Tracking Network is coordinated by the Institute of Marine Research at the University of the Azores (IMAR/UAz) and by the Flanders Marine Institute (VLIZ) in collaboration with project LifeWatch, the University of Dalhousie and the Ocean Tracking Network initiative. The EU funded project AtlantOS - a large-scale effort that aims to foster increased and sustainable transatlantic ocean observation – includes the development of this network as one of its many actions.

Pedro Afonso, researcher at IMAR/UAz and the network’s coordinator, points out that "this network responds to the desire of the community of researchers in this area, taking advantage of the European AtlantOS project and initiatives and Ocean Tracking Network to lay the foundations of what is expected to be a true pan-European network of aquatic biotelemetry. The potential is indeed great because it will bring researchers closer together, but also create new opportunities to respond to policy makers in an era of increasing ecological challenges."