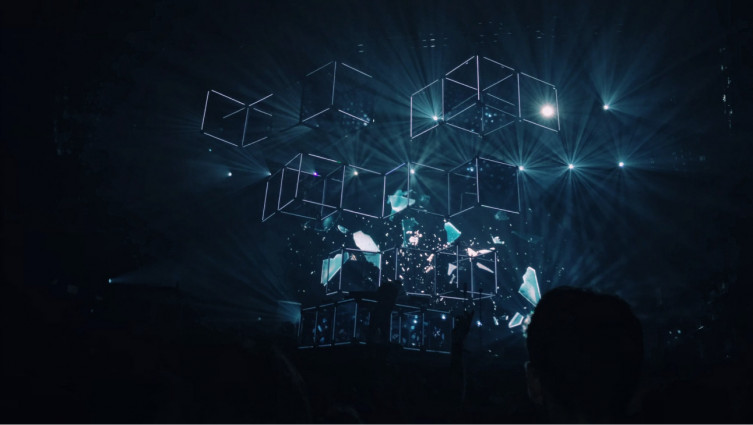 The EOSC-Life Consortium has awarded funding to a new project entitled ‘A workflow for marine Genomic Observatories data analysis’. The project will be led by the Hellenic Centre for Marine Research (HCMR), a partner of the European Marine Biological Resource Centre (EMBRC).

EOSC-Life is funded by a European Commission (EC)-Horizon 2020 (H2020) grant[1] and aims to create an open collaborative space for digital biology. EOSC, the European Open Science Cloud, is an EC initiative to develop an infrastructure promoting open science practices.

About the project: Why do we need ‘A workflow for marine Genomic Observatories data analysis’?

Microbial community profiling of marine environments through metagenomics has the potential to transform our understanding of the ecosystem services supported by microbial organisms. Moreover, microbiome diversity is directly correlated with environmental quality through the food chain and the physical and chemical effects of secondary metabolites. Many of the latter provide targets for bioprospecting in medicine and industry.

How will partners contribute to the project?

The participating institutions in this new project bring a wealth of experience and capacity to metagenome analysis. Ocean Sampling Day (OSD), an initiative led by HCMR as part of the H2020-funded, EMBRC-led ‘ASSEMBLE Plus’ project[2], Malaspina, and Tara Oceans projects, as well as EMBRC’s forthcoming European Marine Omics Biodiversity Observation Network (EMO BON), have been designed to collect environmental samples for metagenomic analysis. This metagenomic analysis aims to elucidate the taxonomic profile and functional potential of marine communities. As such, they have or will greatly increase our understanding of the importance of microbial communities in some of the most sensitive and threatened marine environments.

However, the success of existing and future efforts ultimately depends on the development and adoption of standards for sampling, metadata collection, sequencing, and data analysis. Without such consistency, comparisons of results among sites and over time will be compromised and much of the value of the data lost for ecosystem analysis and the monitoring of environmental quality.

The newly funded project will design an effective workflow and deployment strategy for the analysis of the metagenomic genomic observatory (GO) data. It is considered of great importance that the data and preliminary results are made available rapidly to the marine biological community, but also that the data are quality controlled and standardised before release.

‘We are very excited to be developing this project in collaboration with various EMBRC partners and other organisations’, said Dr. Christina Pavloudi. ‘Science thrives in an open and collaborative space. We will be combining the strengths of each participating institute, with the support of EMBRC, in an attempt to address an increasing need of the scientific community’.

The proposed work is aimed at making the large volumes of data produced by the GOs more easily interpretable by the marine biological community by providing the taxonomic inventories of each sample in a timely manner and in a non-technical format. This way, researchers without the technical expertise to analyse such data on their own, as well as policy makers and management agencies, will have the opportunity to inspect the results and understand the biodiversity patterns that are being shaped by the marine microbial communities.

EMBRC-GR is led by the Hellenic Centre for Marine Research (HCMR), which comprises three institutes, one of which is part of EMBRC (see below): Institute of Marine Biology, Biotechnology and Aquaculture (IMBBC). HCMR carries out multidisciplinary applied and basic scientific and technological research, including the experimental development, dissemination and implementation of its produced results. IMBBC has been recognised as a centre of excellence in marine biodiversity and conducts research at all levels of biological organisation, from genes to ecosystems. The institute has a significant record of national and international competitive projects and is currently participating in numerous major European R&D programmes, networks and initiatives.

EMBRC, the European Marine Biological Resource Centre, is Europe’s research infrastructure for marine biological resources and marine ecosystems. We provide access to wild-type macro and microorganisms, culture collections of microorganisms, and a wide variety of model organisms relevant to fundamental and applied research. EMBRC sites are spread across nine countries and provide access to ecosystems from the Norwegian Artic to tropical Israel. Our on-site laboratories and experimental set-ups cater to all types of research involving marine biological organisms, from gene expression and physiology to ecology and climate change impact, with support from our highly-experienced technicians. EMBRC aims to advance the understanding of life in the oceans and sustainably harness its potential for the benefit of humankind in sectors such as food, health, and biotechnology.

EMBRC-PT is led by the Centro de Ciências do Mar (CCMAR) which is one of the foremost marine science research centres in Portugal, gathering experts in the fields of marine biology, ecology, oceanography, environmental sciences, biotechnology, fisheries and aquaculture. Dedicated to R&D in marine sciences, CCMAR aims to promote multidisciplinary research and education related with the marine environment, with emphasis on the processes of environmental change that affect marine ecosystems. With a multidisciplinary team of about 250 scientific researchers, CCMAR has well-equipped marine facilities and laboratories, and facilitated access to important marine and coastal ecosystems. Located in the South of Portugal, CCMAR is an independent non-profit research organization within the University of the Algarve system. It has the Portuguese Institute for Sea and Atmosphere (IPMA) as a strategic partner and, together with the Interdisciplinary Centre for Marine and Environmental Research (CIIMAR), constitutes the CIMAR Associated Laboratory of Portugal.

EMBL’s European Bioinformatics Institute (EMBL-EBI) is a global leader in the storage, analysis and dissemination of large biological datasets. We help scientists realise the potential of big data by enhancing their ability to exploit complex information to make discoveries that benefit humankind. EMBL-EBI manages a unique set of key biomolecular databases, including MGnify, one of the world’s largest freely-accessible microbiome analysis resources, which is participating in this project. EMBL-EBI is at the forefront of computational biology research and provides bioinformatics training for the scientific community. We are part of EMBL and are located on the Wellcome Genome Campus, one of the world’s largest concentrations of scientific and technical expertise in genomics.