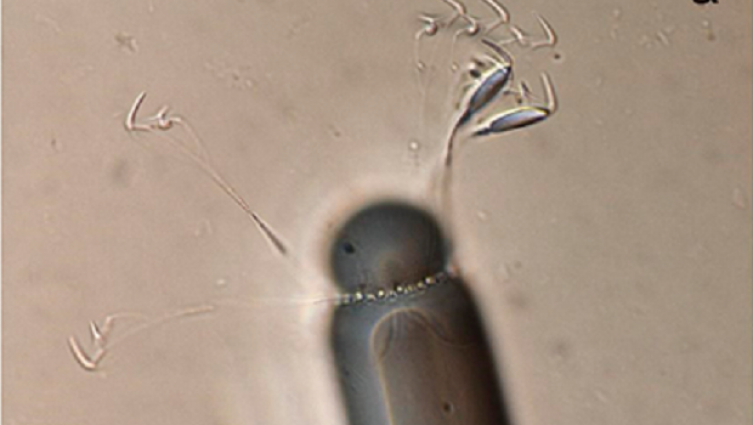 The Antarctic Ocean is one of the most productive regions of the global ocean, which has sparked a debate about how this region modulates global climate. In turn, phytoplankton (microscopic algae) are fundamental for modulating climate change. Through photosynthesis, they uptake carbon dioxide from the atmosphere and use the nutrients dissolved in the ocean and solar energy to produce organic matter. The organic matter is exported to the seafloor through the process called biological pumping.

Diatoms, unicellular organisms with biogenic silica valves, are the most relevant phytoplankton group in the organic carbon cycle. Due to their high sinking rates, diatoms can transfer organic carbon and biogenic silicon from the productive surface layer to the deep ocean.

A study developed by researcher Diana Zúñiga García, during an internship in Lisbon with our researcher and co-author of the article Fátima Abrantes, highlights the role of diatoms in modulating the efficiency of carbon sequestration in the Antarctic Ocean.

This study is based on the diatom time series recovered by a sediment trap (March 2012 to January 2013) located at 1,000 meters water depth. The results of these observations were combined with the ocean biogeochemistry model (ECCO-Darwin) and reveal how environmental conditions define the ecology of diatoms in the southern Scotia Sea. The study also indicates that diatoms’ assemblage determines the biogeochemistry of the material sinking from the surface to the ocean bottom.

The most exciting result relates to an anomalous episode of sea-ice melting in early summer 2012 and 2013. This episode generated high fluxes of the species Corethron pennatum and higher export of biogenic silicon than organic carbon to the seafloor. In other words, an increase in sea-ice melting episodes may result in a decrease in the amount of carbon exported to the ocean floor.

More information about this study HERE.