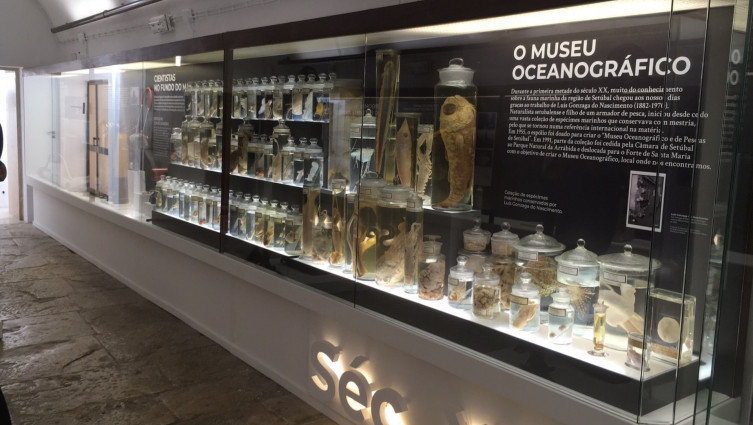 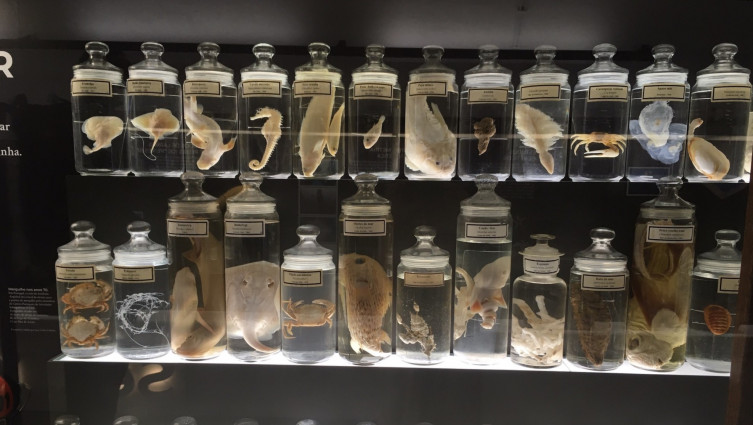 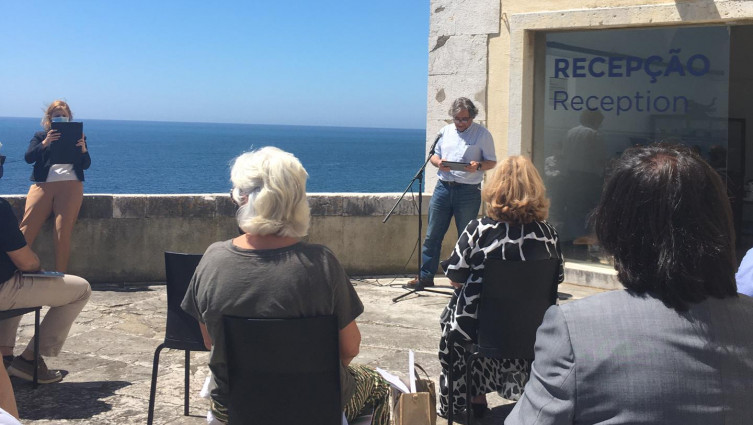 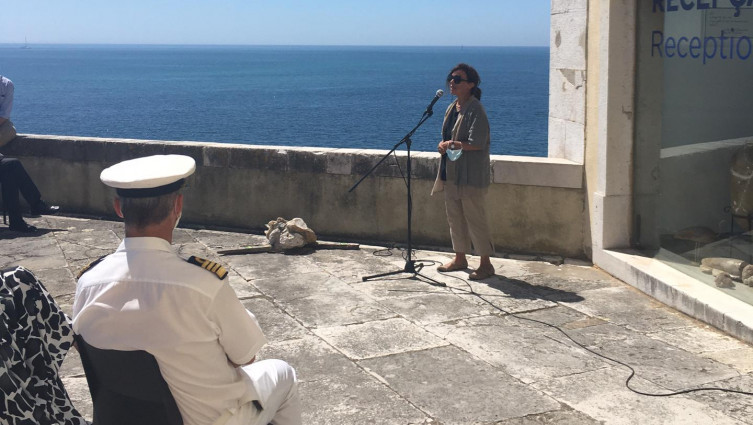 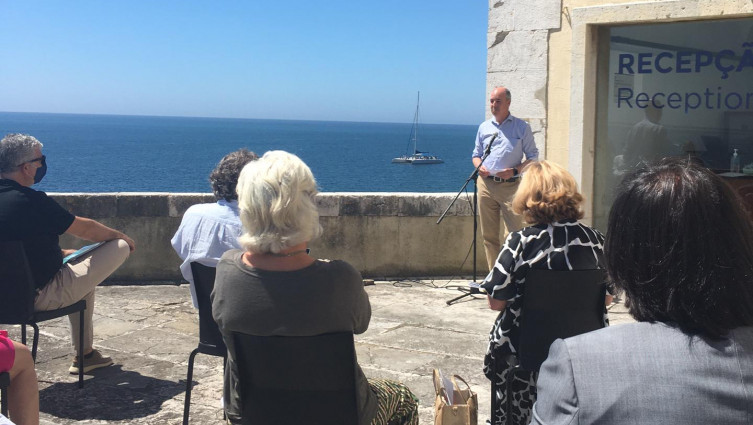 On June 6th, along with ISPA, LPN and ICNF partners, CCMAR promoted the inauguration of the new exhibition of the Oceanographic Museum of Portinho da Arrábida, entitled "Arrábida: a natural laboratory for the study of the ocean". This new permanent exhibition shows how Arrábida, with a privileged location, rich biodiversity and a strong fishing tradition, has been the stage of major discoveries about the sea, following the evolution of marine science in Portugal and the world. Developed under the Inforbiomares project, with the coordination of CCMAR, this exhibition offers a journey on the history of oceanography in Portugal, from the time of King D. Carlos aboard the Amélia Yacht to the numerous studies that have been made in recent years.
At the ceremony, which took place on the museum's terrace with the Arrábida coastline as a background, the book "Este Mar é Especial - Parque Marinho Professor Luiz Saldanha" was also launched, which celebrates the diversity of the Professor Luiz Saldanha Marine Park and the protection it offers to the important ecosystems found in this special coast.

Among the several guests and speakers, the Minister of the Sea, Ricardo Serrão Santos highlighted that this was a "special day, as we celebrate a time when the memory of Professor Luiz Saldanha is increasingly and deservedly remembered. The exhibition evokes the importance of this area for the study of marine biology, for nature conservation and the history of oceanography in Portugal." The Minister also congratulated the launch of the book "Este Mar é Especial" written by Rita Abecasis of CCMAR and Margarida Carvalho. "This publication is extremely well illustrated, captivates the eye and attention," he emphasized.
At the event were also present the president of the Portuguese Institute for Nature Conservation and Forests (ICNF), the president of the League for Nature Protection, representatives of the Municipality of Setúbal, Sesimbra and Palmela, the Commander and Captain of the Port of Setúbal and Sesimbra and the Vice-rector of the University of Algarve and researcher of CCMAR.

The ceremony highlighted the role of the Marine Park, created in 1998, for the conservation of marine ecosystems of the Arrábida coast and the scientific work that the Marine Park has been promoting, in particular the Inforbiomares project. This work, which CCMAR has been developing since 2007 through the BIOMARES Program, has allowed characterizing the ecosystems of the Arrábida-Espichel coast, monitor the effects of conservation measures of the Marine Park and implement habitat restoration activities such as marine prairies, marine forests of macroalgae and corals.
"These species, if they are present in the ecosystem, provide refuge, shelter, feeding and reproduction areas for other marine species. It is important that these structuring species are present because it increases the richness of this area", said our researcher and co-coordinator of the Inforbiomares project, Ester Serrão . Our researcher also highlighted that there are "centuries of data and more than two thousand marine species recorded in this marine park, a very high value for a quite small area."

On June 8th, World Oceans Day, our researchers were at the Oceanographic Museum to welcome local communities, users of the Marine Park such as fishermen and marine-tourism companies, and scientists who have contributed to the study of this special coast.