The Iberian Peninsula was a red algae refuge during ice ages 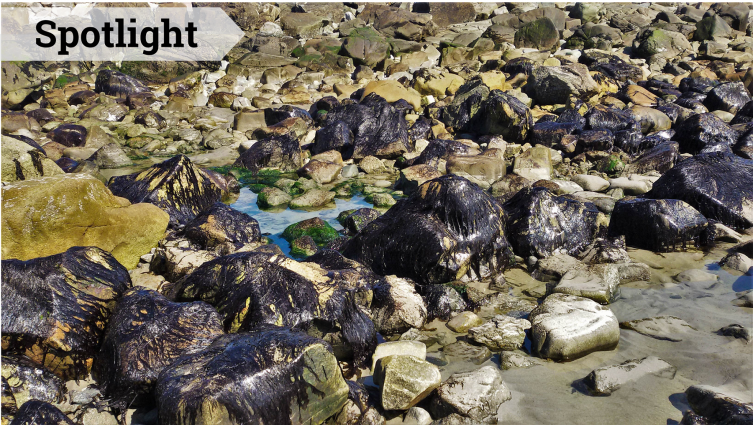 Iberian populations of the Porphyra red algae (laver, nori), an economically important marine food, contain the greatest genetic diversity in Europe, revealing the important role of the Iberian coast as a refuge for these species during glacial periods and recolonisation towards the north when the ice melted.

The study was carried out by our researchers Elena Varela-Álvarez and Ester Serrão together with Patrick Meirmans (University of Amsterdam) and Michael D. Guiry (National University of Ireland).

Researchers have created a new method to analyse the genetic structure of red algae
The work published in the journal Frontiers in Plant Science in February studied the levels of genetic diversity of two common Porphyra species throughout Europe and provided a better understanding of the genetics and evolution of Porphyra and also of the chimeric nature of these species.

The researchers devised a method to analyse the genetic structure across their geographical distribution incorporating alleles derived from two processes, blades with several genotypes in the same individual, but also with different ploidy levels (different chromosome number), which is very innovative.

As a result, it was possible to discover which populations in Europe are more diverse and richer in genetic diversity. The study reveals a high degree of diversity and rich gene pools on the southern European populations for these species, with hybridization and introgression events (transfer of genetic material between two or more species back and forward).

Algae of the genus Porphyra are genetically distinct
These species have been the most extensively cultured seaweeds in Japan (for over 100 years) among other countries. Farming of these valuable species (commercially known as nori in Japan, purple laver in Wales, Europe).