How many and where are the cetaceans in the Algarve? Are there more in winter or summer? | - CCMAR -
Skip to main content

How many and where are the cetaceans in the Algarve? Are there more in winter or summer? 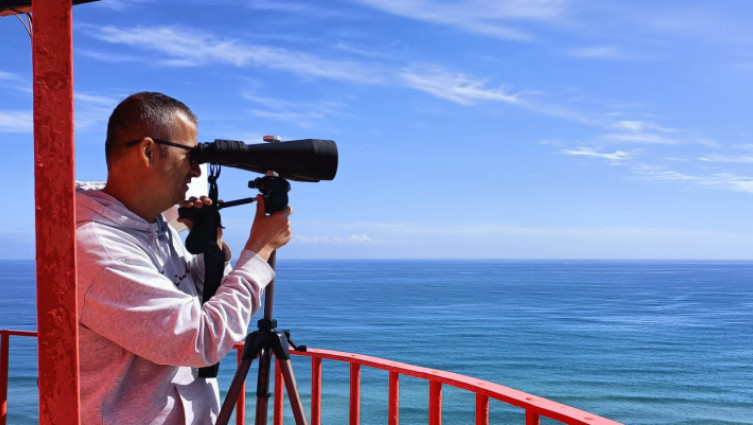 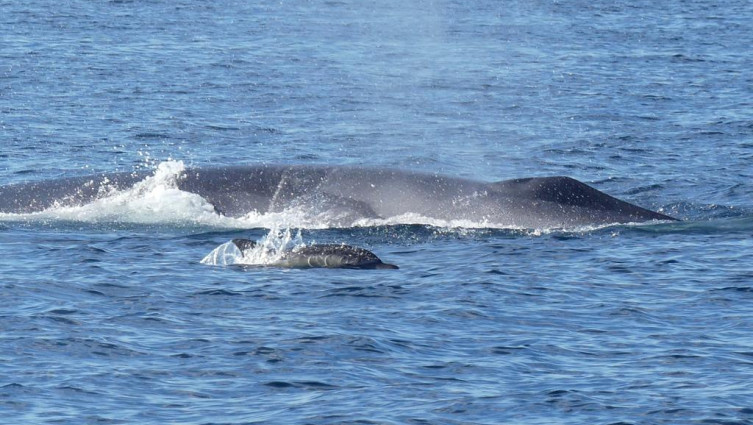 Understanding and evaluating the abundance of cetaceans in the Algarve coast in observations from the shore, as well as studying the use of lookouts (persons who observe the sea in search of cetaceans) in their detection are the objectives of the new PhD thesis of Rui Peres dos Santos, marine biologist of CCMAR.

The study of Rui Peres dos Santos, a researcher at the Algarve Centre of Marine Sciences (CCMAR-Algarve) and the University of Algarve, will enable the cataloguing of the species that cross the Algarve waters, the time of the year, their abundance and behaviours, serving as a basis for measures to protect and mitigate the local maritime-tourist activity.

The fieldwork began with observations from Farol de Santa Maria (Faro) and between October and March, there have already been over a hundred sightings of several species, mainly of dolphins, bottlenose and common dolphins, and the common whale.

Currently, three observations are made per week, each comprising three scans of the horizon, where visibility normally allows monitoring up to six miles and up to 12 miles (11 and 22 kilometres, respectively).

The study also intends to evaluate the potential of the use of lookouts by marine life observation companies. In the Algarve region, 121 whale-watching boats are registered. As a complement to this PhD, a Master's thesis is being carried out on the impact of whale watching in the Algarve.

Rui Peres dos Santos has experience working with maritime-tourism companies in the Azores, where the activity is an important source of income and contributes to the region. The lookouts play an essential role in the detection of animals and the consequent satisfaction of tourists.

This research is funded by the FCT and is included in the research group R2C2 (Resources, Catering, Connectivity and Climate), supervised by Prof. Rita Castilho (CCMAR/UAlg) and Richard Sears (Mingan Island Cetacean Study).

The fieldwork has the support of several students from the MSc in Marine Biology of the University of Algarve, Faculdade de Ciências do Mar e Tecnologias of the University of Algarve, who participate in the observations from the maritime-tourism company Ocean Vibes, which has been instrumental in the access to the sea, the National Maritime Authority (which granted access to the lighthouse), CP - Comboios de Portugal, in the transportation of researchers and finally RAAlg (Rede de Arrojamentos do Algarve).