Dulce Oliveira invited as speaker for the event "Women in Science” 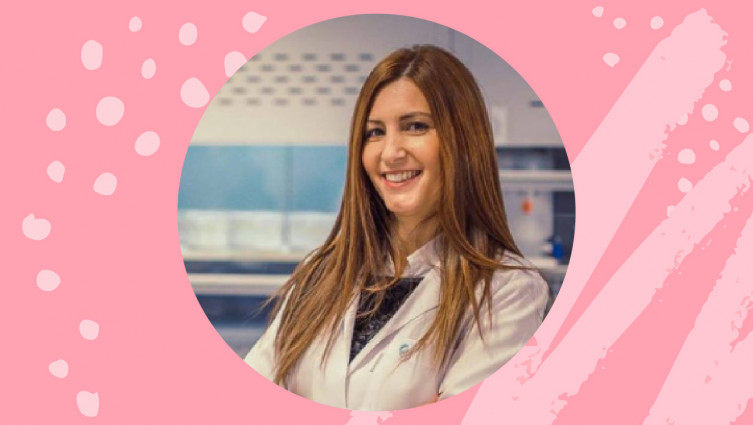 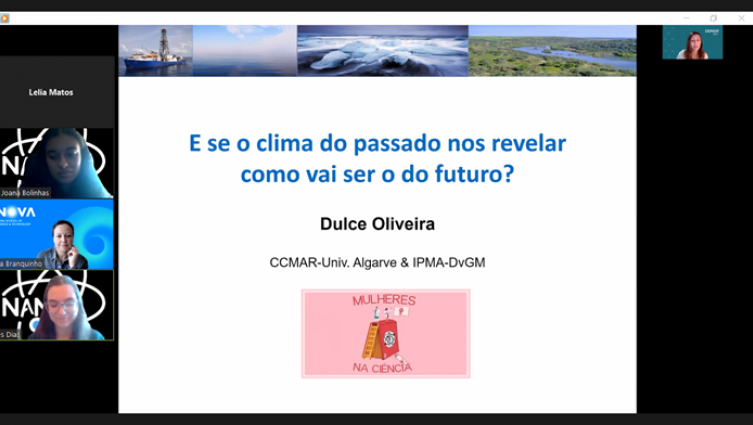 In the scope of International Women's Day, the Núcleo de Nanotecnologia da FCT/UNL organized the event "Women in Science". The main goal of this online event was to address and highlight themes related to the role of women in science. From Robotics to Medicine, the several projects developed by the 14 guest speakers were presented, as well as their challenges and successes experienced throughout their careers.

Our researcher and collaborator of IPMA, Dulce Oliveira was one of the invited speakers to talk about her career path, obstacles overcome and achievements. The invitation to participate in this event emerged from her curious path, since she has not always worked as a researcher, and by the fact that her research area is still not well known – palaeoclimate. "Seeing my research work distinguished and promoted was, and will always be, a big satisfaction because it is a recognition of all my work and dedication to science. And so, it is a great encouragement to continue my research in the area of past climate change, always aiming to do more and better."

The event held on 13 March was attended by about 70 people who listened to the presentation of the several projects of teachers, researchers, doctors, engineers, among other professions. "In a world where science occupies a prominent place, by participating in this event I hope that my story may inspire young people to follow their vocation and that my professional path may be an example of strength, determination and that we can achieve anything!", says our researcher Dulce Oliveira.

The event also had a round table, where several renowned researchers participated, such as Elvira Fortunato, Mónica Bettencourt Dias and Maria Manuel Mota. Although women occupy an increasingly important place in science in Portugal and the gender imbalance is decreasing, one of the topics addressed was the need to implement more policies to promote gender equality, for example by providing support to maternity and paternity. Other very important topics were also discussed, such as the experiences and influence of women in the world of science, highlighting the difficulties, problems, inequalities, and other factors.

About Dulce Oliveira:
Dulce Oliveira graduated in Marine Biology and Biotechnology and has a post-graduation in Quality Management and Food Safety. After five years of working in the industrial area, she decided to take a Master's and PhD in the area of Marine Sciences. In 2017, she was awarded with the LOréal Portugal Medal of Honour for Women in Science and the Silver Medal of Leiria Municipality in 2018, due to her research project associated with her PhD and post-doc position.