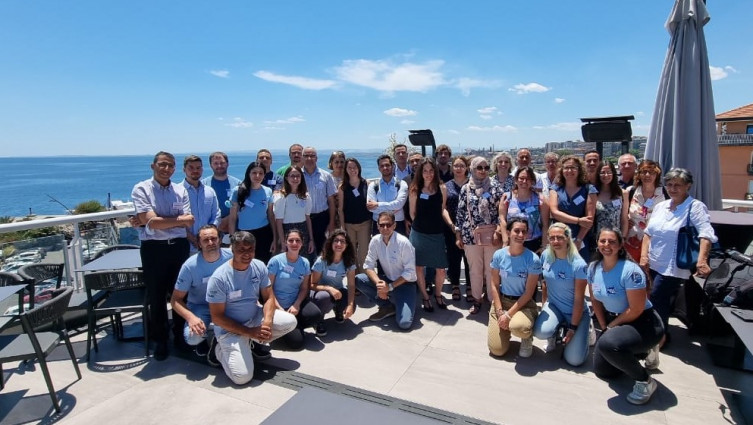 How to reduce the depredation of cetaceans (the act of feeding on fishing nets which usually involves damage to gear and catches and economic losses for fishermen) in fishing?

This was the question that brought together experts from Portugal, Spain, Italy, France, Tunisia and Morocco.

The workshop took place in June in Catania, Sicily, and the attention of fisheries experts was focused on trying to strengthen the conservation of cetaceans and make fishing more sustainable.

Exchange of experience and best practices

Ana Marçalo, who leads mitigation trials to reduce the interactions between cetaceans and Portuguese fisheries under the CetAMBICion project, was invited to share her experience on the Algarve coast.

The researcher had the opportunity to present the most recent results of mitigation tests in fisheries of most concern like purse seines and fixed nets and give the example to other colleagues.

As a result, a collaboration was established to support mitigation trials in countries such as Spain - which will buy acoustic alarms - and Morocco, which will use some devices donated by Portugal to carry out the first tests in an attempt to reduce the interactions of these gears with dolphins.