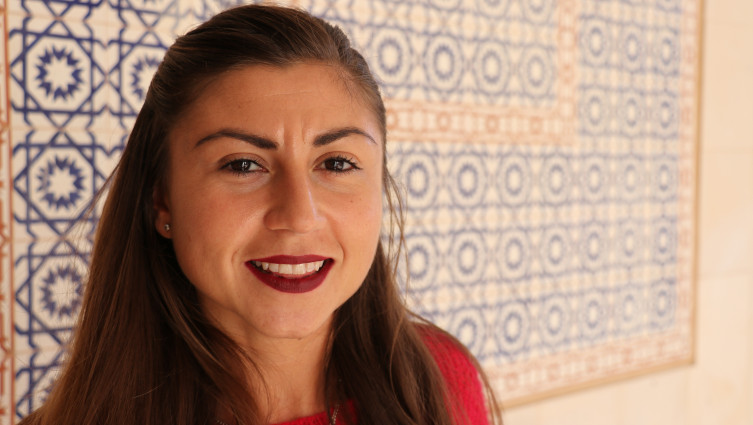 Marine environment is a great source of bioactive molecules, whose biological properties and applications are being investigated, especially to prevent skin diseases and aging caused by UVA-exposure. Ovothiols are 5-thiohistidines from marine invertebrates, bacteria, and microalgae, which protect cells from environmental stressors, including UVA . Recently, ovothiol, isolated from sea urchin eggs, has been shown to exert anti-inflammatory and anti-oxidant activities on human endothelial cells. Thanks to their chemical properties, ovothiols represent promising bioactive compounds for dietary supplements or new marine ingredients to repair skin damage and restore skin elasticity. Interestingly, 2-thiohistidines exhibit protective roles against UVA damage in human keratinocytes. The study of 5-thiohistidines photoprotective roles could be pivotal for discovery of new potential and innovative cosmetics.

Room 2.31 I Building 7 I Gambelas Campus

Mariarita Brancaccio was born in Naples (Italy) on 1988. She obtained her Bechelor Degree in Health Biotechnology at Department of Physics at University of Naples Federico II, focusing her studies on the development of immunosensors. In 2014 she achieved her Master degree in Medical Biotechnology at Department of Molecular Medicine and Medical Biotechnologies discussing a thesis on epigenetic changes caused by microorganisms. In the same department she led a Post-graduate training working on mouse models affected by neuropsychiatric disorders with an NGS approach. Then, she worked as a Junior Researcher at IRBM SCIENCE PARK, a pharmaceutical company, where she focused her studies on skeletal muscle regeneration. Last year, she joined Stazione Zoologica Anton Dohrn in Naples (Italy) for a PhD position of Open University engaged on a project involving the study of the biological role of marine compounds.

This seminar was kindly sponsored by: